It was just so good to be back amidst our old friends on Saturday up in Dundee where both the 1sts and the Development side took on Dundee Rugby.

Club stalwarts Gerry Tosh, David and Roger Leslie, Harvey Wright all on the touch lines and more importantly, this side of the turf and looking well!

Whilst the 1sts played at Mayfield, the Development team were just up the road at Morgan's ground. It was a perfect day for rugby and between both games, there was really nothing in the results. The 1sts lost by 7 points and the Development team won by 3 points with that giant of a man, Gareth Henderson, scoring in the dying moments to pull an unlikely victory out of the jaws of defeat. 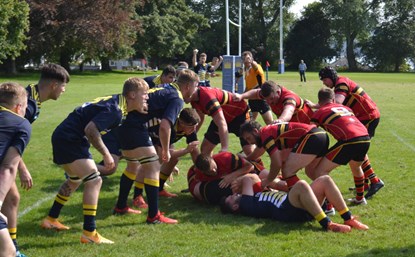 Our first team though looked a wee bit sleepy for the first twenty minutes or so as Dundee scampered in early scores and a close finish was far from obvious. But our men are made of sterner stuff and come full time, had more than done enough to impress that they were fit and ready for consideration for next week's match against Whitecraigs. Stand outs aplenty but, for me, seeing Momo back in the heart of things augers well for the season ahead. The old warhorse is bigger and stronger than ever and he will see the job through this season. Beside him Ally Scott continues to catch the eye with rumbustious drives but knows himself that the ball is precious and needs to work even harder in contact. Under John Hardie's watchful experience this will happen. Ben Dollery does the right thing every time and must think he has fallen on his feet playing alongside Scott Alldritt. Scott, having not played for 15 months or so, looked as imperious as ever and with a pack completely dominating set scrums, was free to roam at will. Unfortunately, Matt Sanderson took a knock to the shoulder and had to sit out most of the game. Our front row makes me purr with excitement. If we keep everyone fit our pack will provide ample ball for our backs to enjoy. Darren Miller, Stephen Spowart and Chris Baikie gave their opposition a most uncomfortable examination - this too augers well for the season ahead, with Roo Mitchell, Danny Morrison and Tom Petiau to consider. Props are in short supply so special thanks must go to son David, who, heading towards 40, stepped up to help the cause. The season ahead will have many twists and turns, I am sure - but props, as with every other Club, will hold our destiny this season.

In the backs, Jamie McGurk was the stick out for me. 'An honest rugby player' to quote Jim Telfer. So good too to see Euan 'Happy' Morrison back in the red black and gold. It was on Saturday 29th February 2020 when Euan was stretchered off the pitch at Park Farm, Dumfries. Truthfully, I never thought we would see him play again but the lure of playing at Inverleith proved too strong and it is so good to see him back once more.

So pleasing too, to see young lads from the school, with Brodie Miller playing for the 1sts and Mark Leckie starring for the Development side. This lad can motor .... quickest thing on two legs since John Mackenzie and that's saying something! For younger readers, John won the Middlesex Sevens nearly single-handedly nearly 40 years ago. Mark scored twice with not a glove laid on him .... so quick!

But Saturday next is all important and we must get off to a good start against Whitecraigs. The lunch beforehand to welcome our new Chairman has been capped at 70 for COVID safety and I am pleased to report it has been very well supported.

As for kick off, it's 3pm so please come down and support not only the players and coaches but also Keith, Simon and Bill who work tirelessly on behalf of everyone. 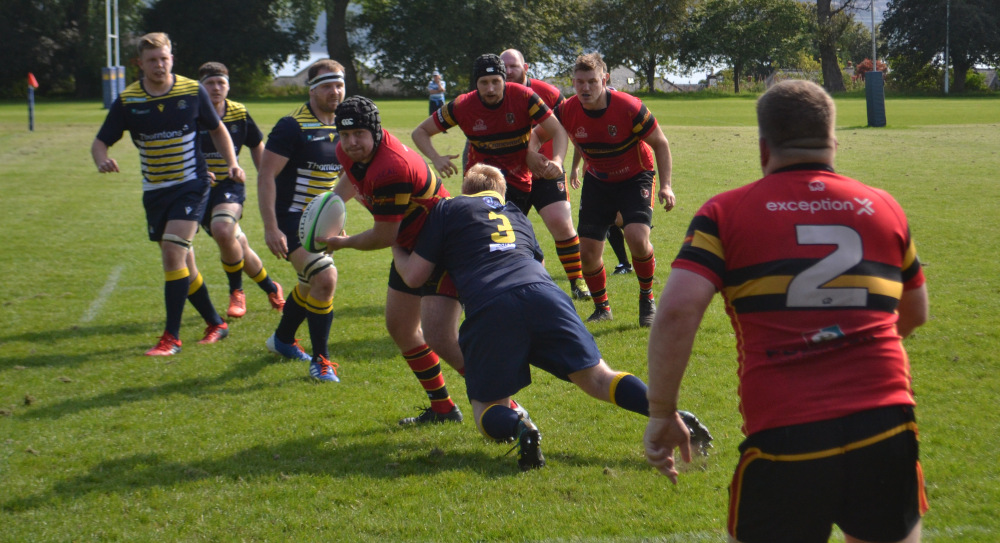 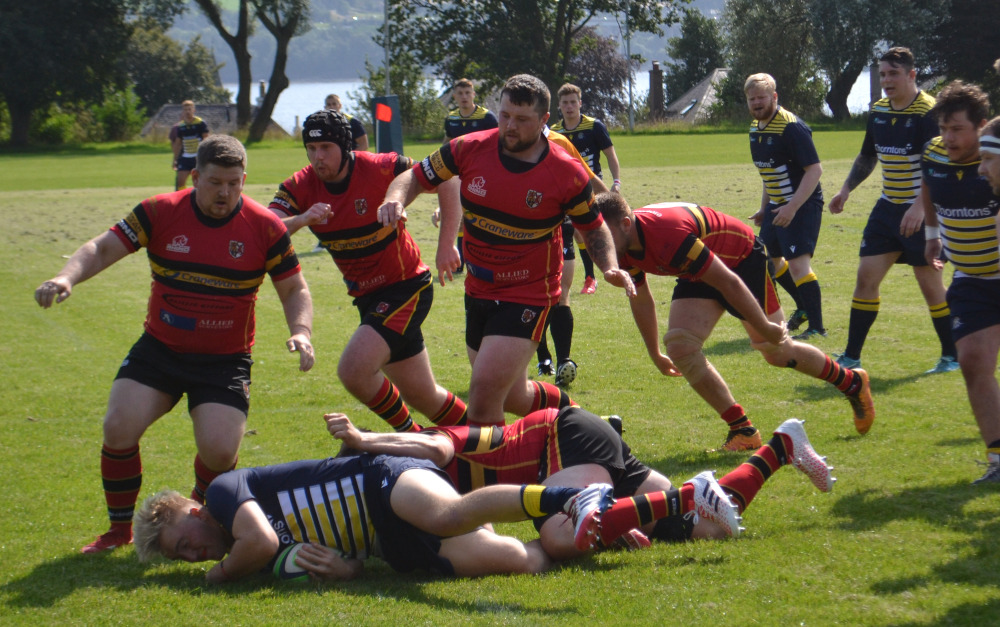