A perfect day for flowing rugby.

If you can’t play rugby in these conditions then questions would be asked - but play we surely did.

SM got things underway and, after a bit of juggling by the hosts, they eventually cleared their lines.  Within five minutes, though, having conceded a penalty, SM found themselves behind as Falkirk drew first blood. Falkirk 7 - SM 0.

The first scrum of the afternoon looked solid and SM were soon back on the attack with James Ferguson, Jamie McGurk and Geoff Angco all involved before Sean touched down, Kyle Henderson slotting the extras with ease.  Ten minutes in, honours even - Falkirk 7 - SM 7.

With the scores now level, SM were putting phases together in a much more typical fashion.  Falkirk are a stuffy bunch, though, and made the most of their wide pitch to find space and gaps - although our defence held firm.  The second try to nudge SM in front soon came as Aaron Porteous sniped before finding Sean Murchie who had 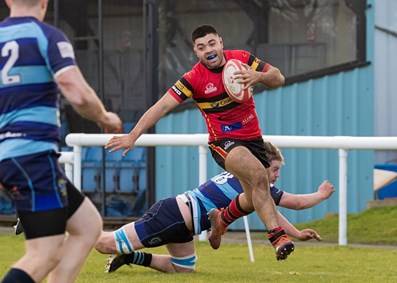 come off his wing to touch down again.  In the favoured position for Kyle, he added the extras -Falkirk 7 - SM 14.

Hunger for more tries was certainly apparent but, whilst we enjoyed some dominance in the set piece and in open play, sporadic attacks from our hosts meant that the eye could not be taken off the ball either metaphorically or literally.  Our forwards were doing well with Danny Morrison like a wrecking ball down a skittle alley, well supported by his marauding pack as territory was gained and Falkirk were pushed back well into their own half.  Their stout defence eventually succumbed to another score by Geoff Angco, Kyle being successful with the conversion with around thirty minutes on the clock.  Falkirk 7 – SM 21.

As the first half was nearing completion there was still time for more as first the rampant Chris Baikie stormed over then, shortly after, it was the backs’ turn to break through before finding Geoff Angco in space for him to touch down in the corner.  Neither try was in a good position for Kyle, who narrowly missed on both occasions.

It was almost a repeat of the first half after the restart as Falkirk again put some effective phases together and scored once more, their backs showing what they can do with ball in hand.  Their 15 and 12, in particular, were strong and deceptive in equal measure. 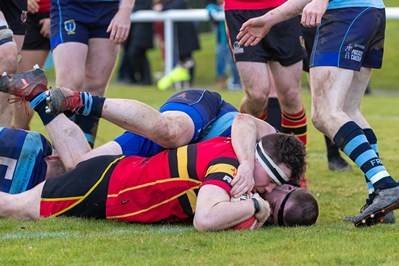 A scrappy period followed with possession frequently changing hands.  Loose balls were needing to be tidied up and opportunistic kick throughs were always a cause for alarm - but the SM defence mopped things up and it wasn’t long before more structure was applied.  With that, more points went on the board, Connor McKay powering over at around the 55-minute mark.  Falkirk 14 - SM 36 pts.

As the game settled SM were firmly in the driving seat and, with 20 minutes to play, the bench entered the fray.  What a bench, too - not replacements but more like finishers, as they say, and what an impact they made.  It was great to see Scott Alldritt back and, most importantly, his hamstring holding out.  We also  had Happy returning from ‘paternity leave’, Rory Anderson meeting the challenge of the front row and Adam Greig adding his robust style of attack on the wing, giving the hosts all kinds of problems. 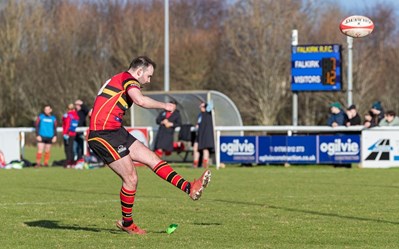 Play was still frantic, however, as Falkirk were determined to keep the fight alive, still asking questions and almost adding to their tally.  It was, however, SM who had almost total control in the closing stages as Courtney West cantered in for a try befitting of his Man of the Match performance.  Again, Kyle added the 2 points.  Seventy minutes in: Falkirk 14 – SM 43.

The icing on the cake would be 50 points and that was duly delivered by captain Jamie Sword with Kyle having the last say.

An away win, with 50 points to our credit, was just outstanding against no easy opposition.  Some great rugby was on show.  Our forwards were outstanding with Courtney West, in particular, having an awesome afternoon - as did Danny Morrison and Niall Hall.  To name individuals is so difficult, though, as the pack, to a man, put in a massive shift.

I feel the backs deserve some accolades too!  The midfielders Happy, Jamie and James, augmented by full back George Lee, are a solid defensive unit with a genuine attacking threat while our speedsters Geoff and Sean do what wingers do best - score tries.

Quick, quality set piece ball makes for a structured, enjoyable performance.  Kyle had an armchair ride at stand off – he played easily his best game for us, too.

We welcome Dumfries Saints to Inverleith on Saturday - they are a fine club.

See you at Inverleith for a 1 o’clock kick off. 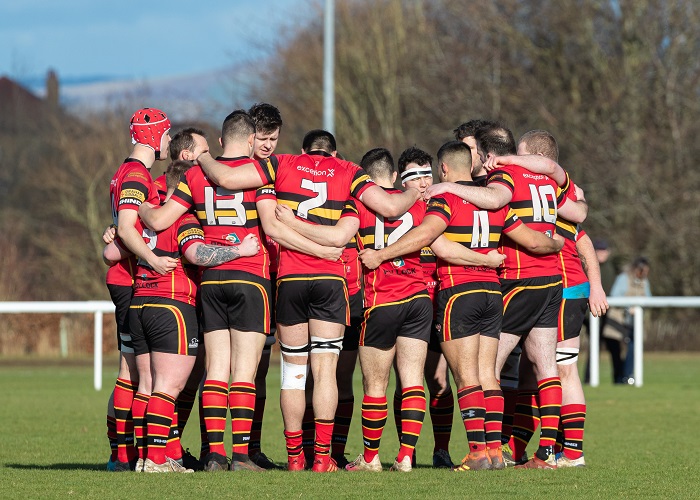 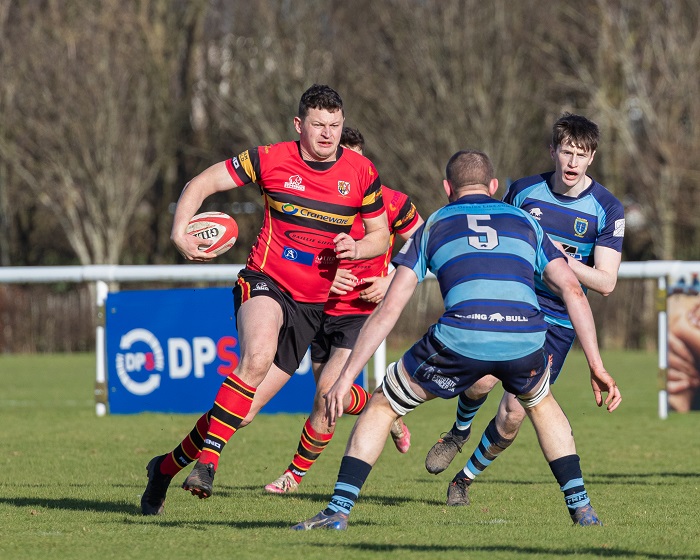 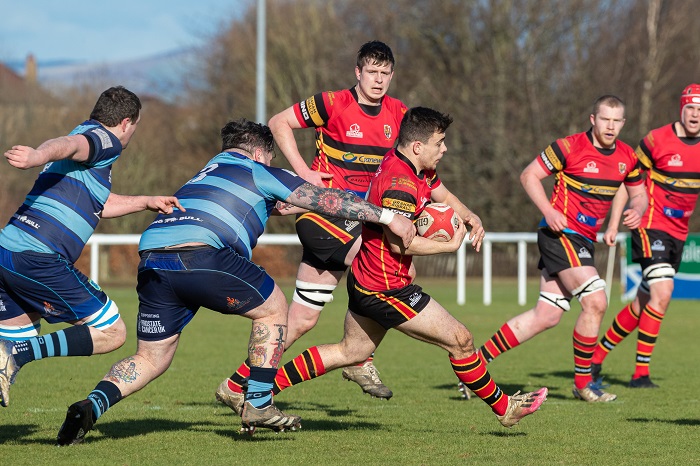 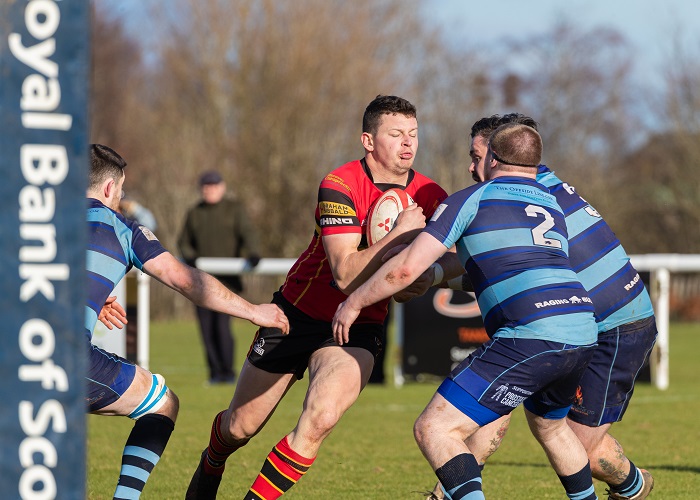 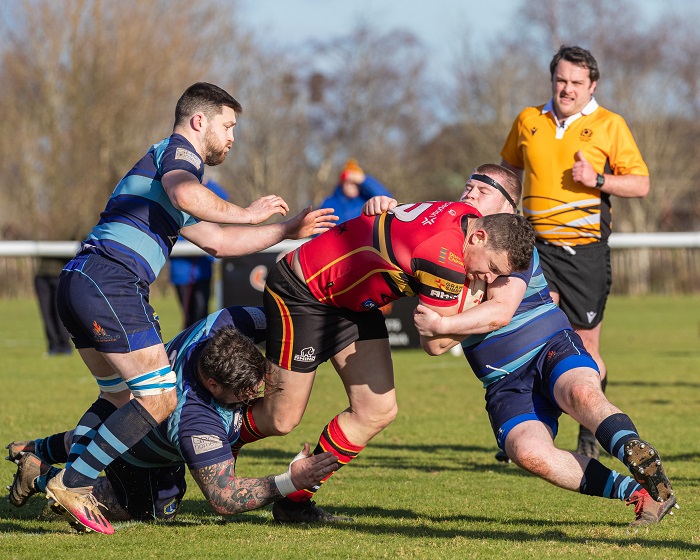 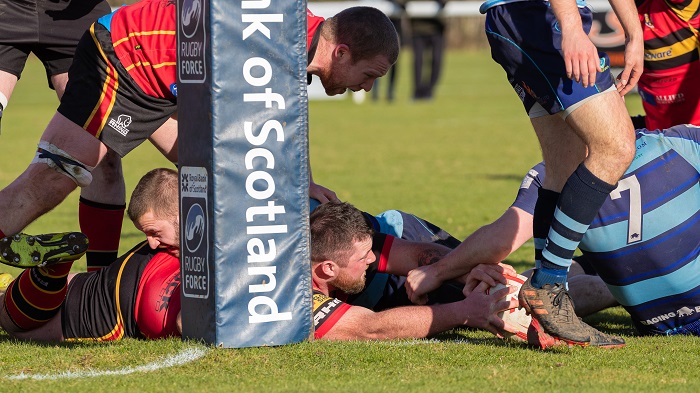 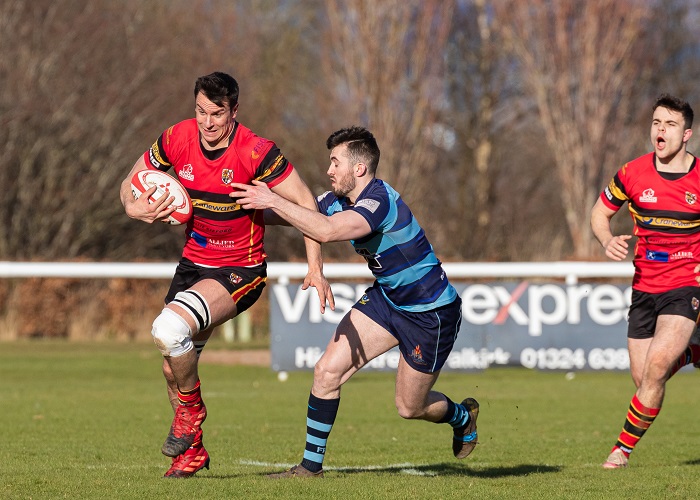 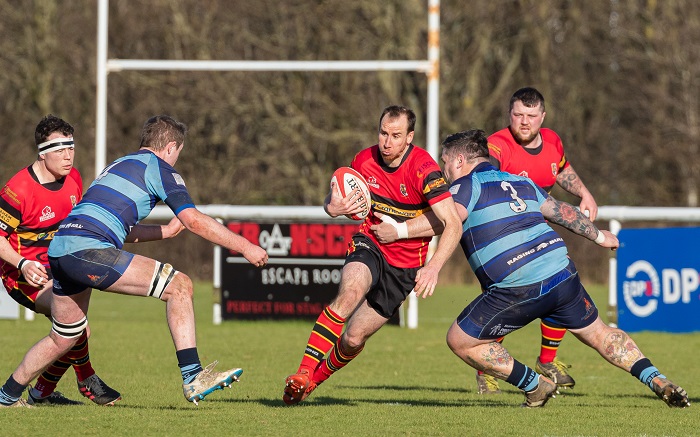 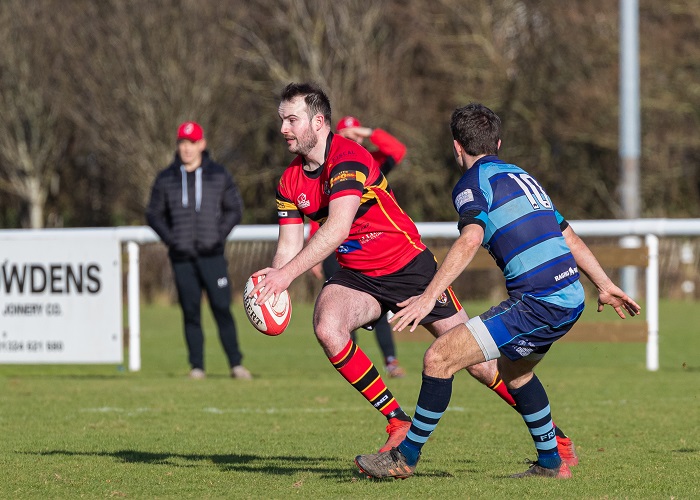 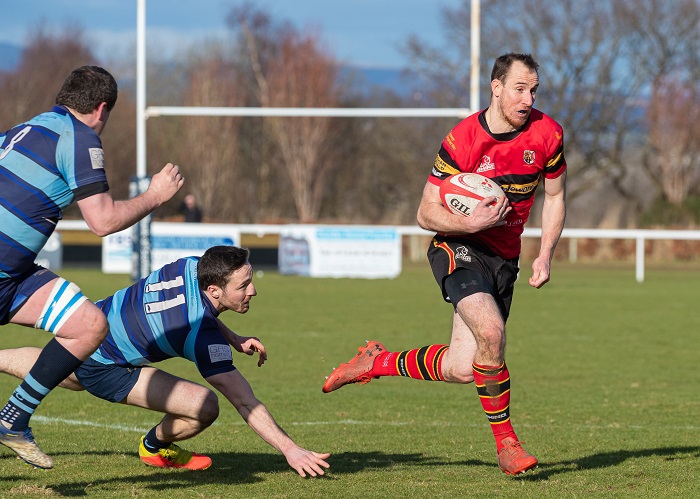 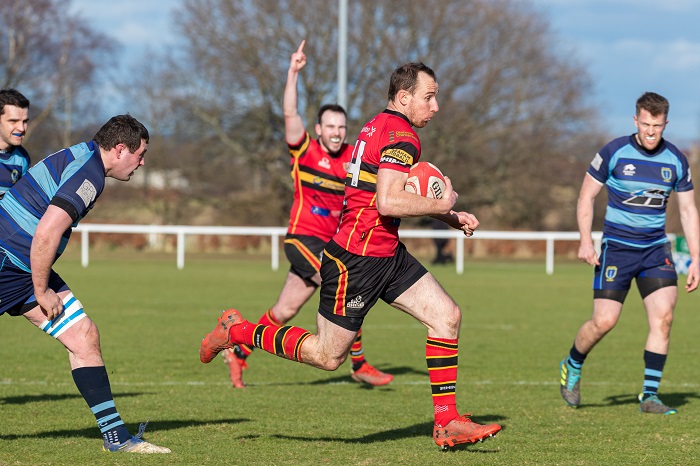 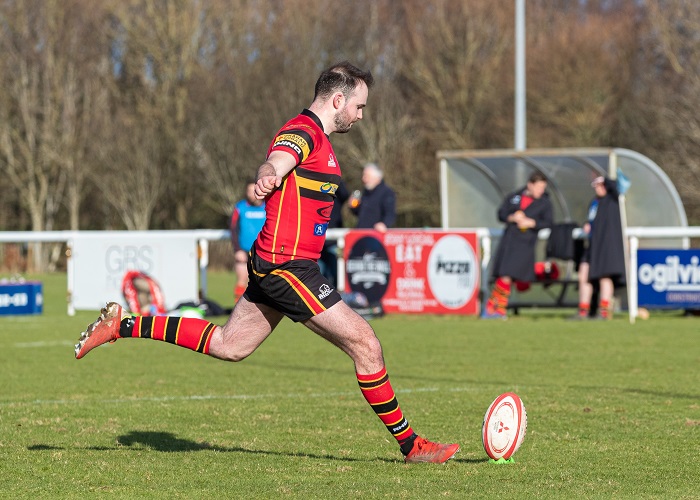 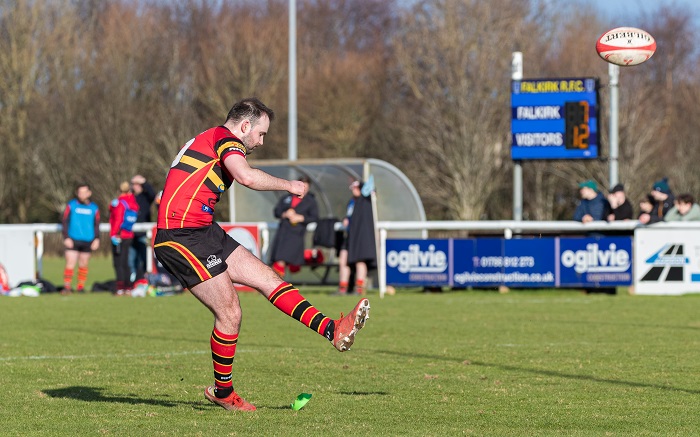 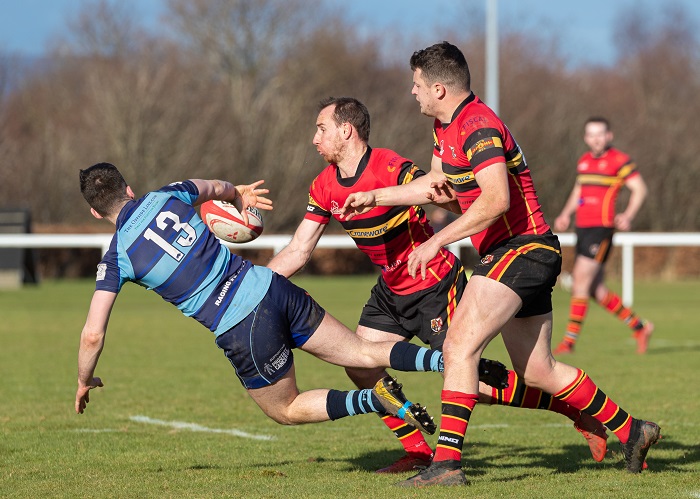 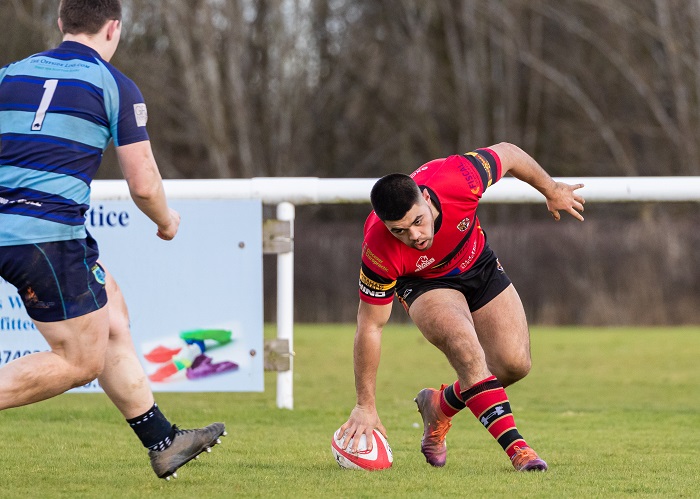 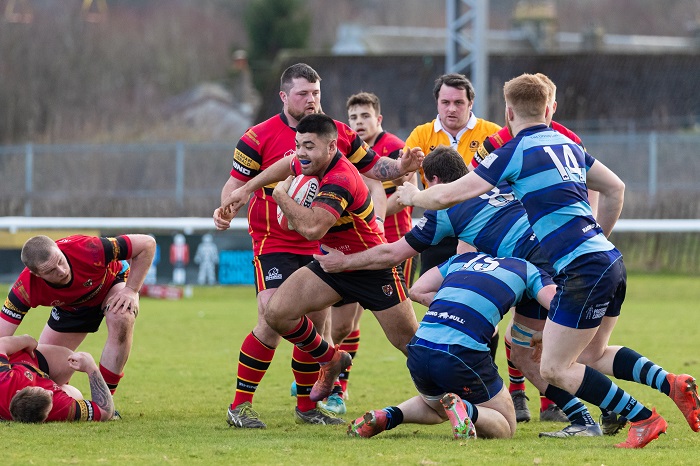 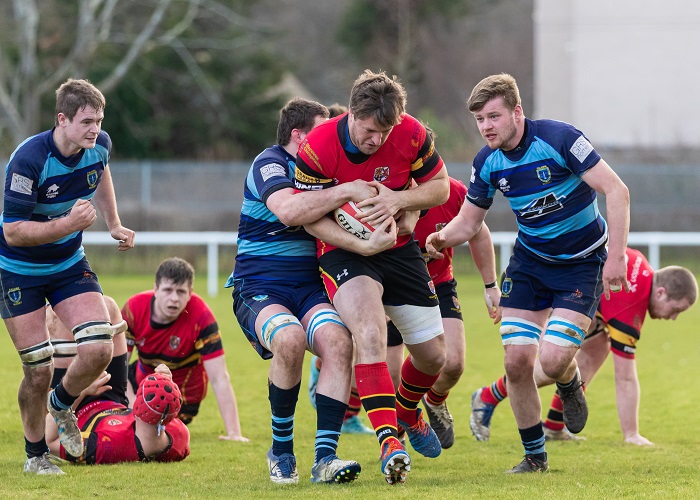 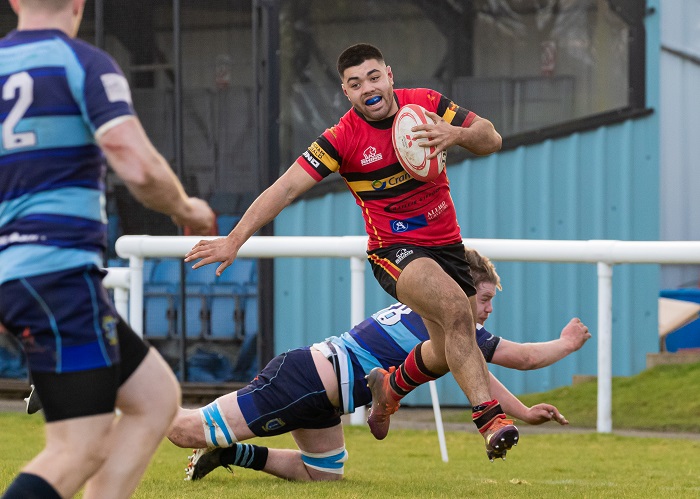 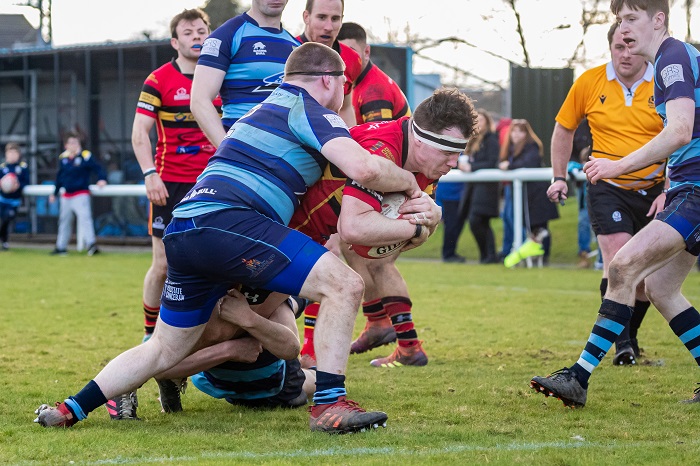 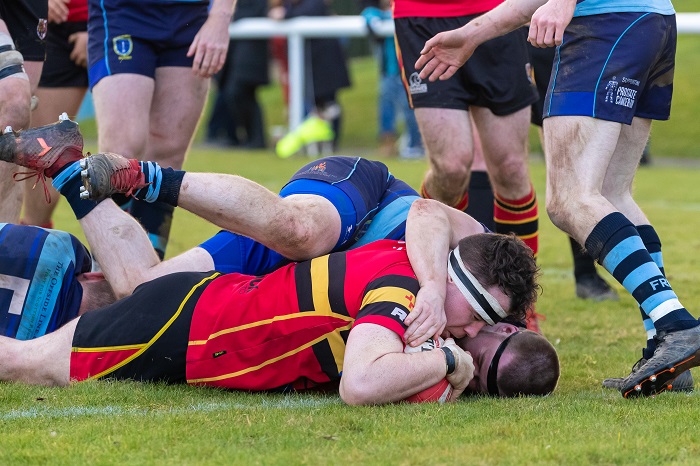