On a dry blustery day, with the wind direction as unpredictable as the BBC weather forecast, SM kicked off towards the Castle. After a bit of juggling, Hamilton managed to get themselves into a good position and within a couple of minutes of the kick off were on the scoreboard, slotting a penalty in front of the posts. SM 0 - Hamilton 3

A knock-on at the restart, followed by a solid SM scrum, and a penalty and the three points on offer was irresistible for Euan Morrison’s boot. The sun appeared and with ten minutes played, it was three points apiece. Another penalty followed immediately after, Kyle Henderson’s big boot giving solid territory, and despite Willie Malcolm, Jamie Sword and Fraser Morrison linking well, an adjudged forward pass stopped any further progress. 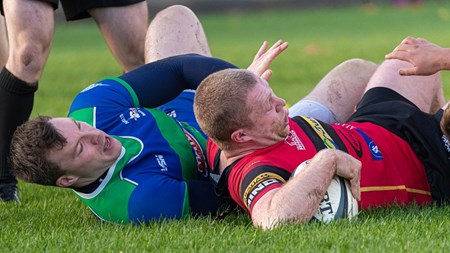 The forwards on both sides were settling in at the set piece and although the scrum was being reset numerous times, there was a feeling, even at this early stage, that SM had the upper hand against a formidable Hamilton pack. It wasn’t long before Niall Hall burrowed over with Euan Morrison’s conversion never in doubt.

Another impressive passage of play soon followed. Fraser Strachan’s probing kick, Brendan Scott’s chase and Geoff Angco breaking through before unselfishly off-loading to Sean Murchie who touched down in the corner. From a difficult angle Euan added the extras. Seventeen minutes in SM 15 - Hamilton 3 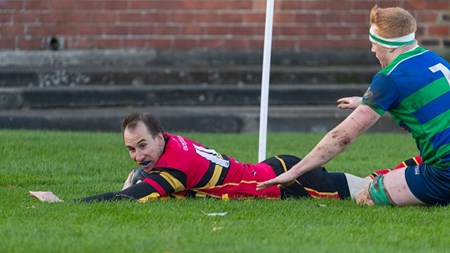 It was reassuring and perhaps welcome that SM seemed to be on the right side of the penalty count undoubtedly due to the pressure they were exerting on the visitors and, although the line-outs were a challenge in the wind, the scrum was starting to work very well. With such a strong platform Willie Malcolm managed once more to cross the line.

It’s probably easier to note when Euan is unsuccessful with the boot! With 25 minutes played and a comfortable lead established, a knock-on and penalty did give Hamilton opportunities but solid SM defence kept their tally to just three points. Even despite Chris Baikie being excused for ten minutes the score line remained intact. At this stage the Bulls were certainly on the rampage trying to exploit the one-man advantage but it was not to be. Ruaridh Mitchell had now entered the fray! His formidable presence is well known throughout the League - immoveable in fact. 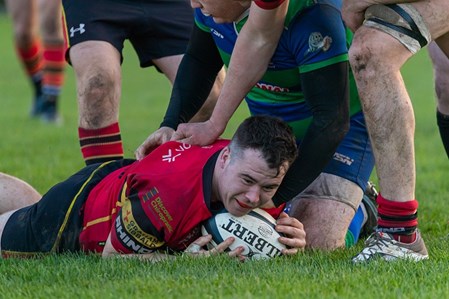 The second half was soon underway and when back to the full complement, we found ourselves in an enviable position camped 10 meters from Hamilton’s line. Another great take by Matt Sanderson's good hands at the lineout saw Connor McKay, of the Galloway breed, off on his own individual rampage for the fourth try of the afternoon.

The hosts were continuing to put their visitors under pressure and it was only the penalty count in their favour that was giving them some breathing space. But there was little or no respite for the Bulls.

At the 55-minute mark James Ferguson was on bringing physicality to the mid-field and with one of his classic breaks almost gave SM another opportunity. Hamilton however had other ideas as their powerful left winger broke through several tackles for a converted try at around sixty-five minutes. Our response wasn’t long in coming and with both Ben Dollery and Ally Scott having joined the action, further SM pressure within the red zone resulted with a penalty try awarded.

At this stage it would be fair to say that there was a comfortable margin although I think comfortable is perhaps the wrong word to use when playing the Bulls! They chased the possibility of a losing bonus point which by now was the only option available. They were direct and did manage another impressive try around five minutes left. SM 36 - Hamilton 17

But the icing on the cake soon came with a push-over try. Ben Dollery taking the credit.

As always it was very much a team effort with some excellent rugby being played by both backs and forwards in far from perfect conditions. Whilst it may be difficult to mention only a few, it would be remiss not to note the performance of the forwards once again. But where do you start? Connor McKay, clearly happy to be back, his unsatiable desire evident, Niall Hall superlative in attack and defence, Willie Malcolm keeping the scoreboard ticking and Matt Sanderson clinical in the line-out, to name but a few. But let’s not forget the ‘quiet men’ doing their talking on the pitch, leading by example, Fraser Morrison and Jamie Sword. Direct and strong when required.

We now enjoy a well-deserved Autumn Test break until the 27th November before heading along the M8 to play Glasgow Accies.

Nothing is a 'gimme' in this League but let's look forward with ten games to go. 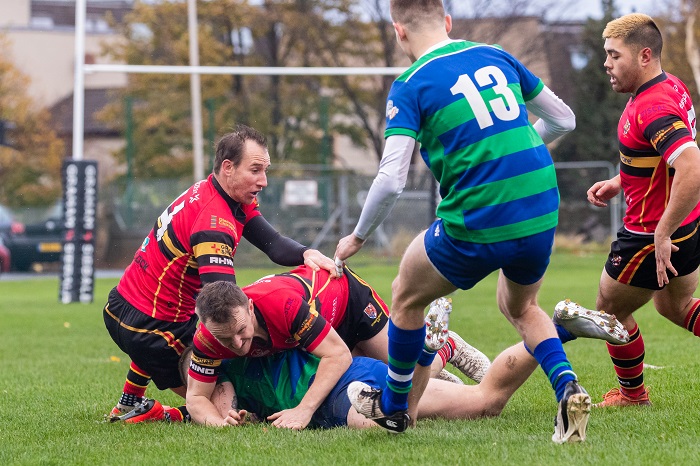 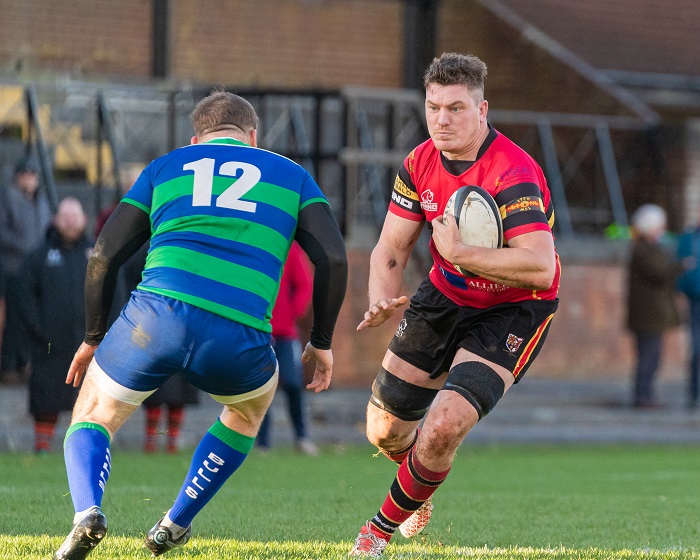 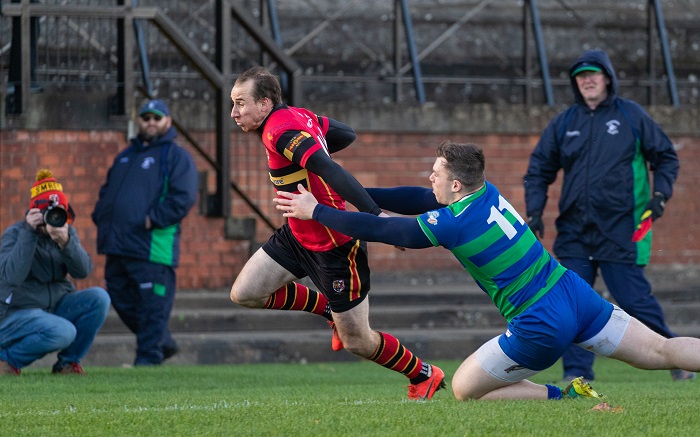 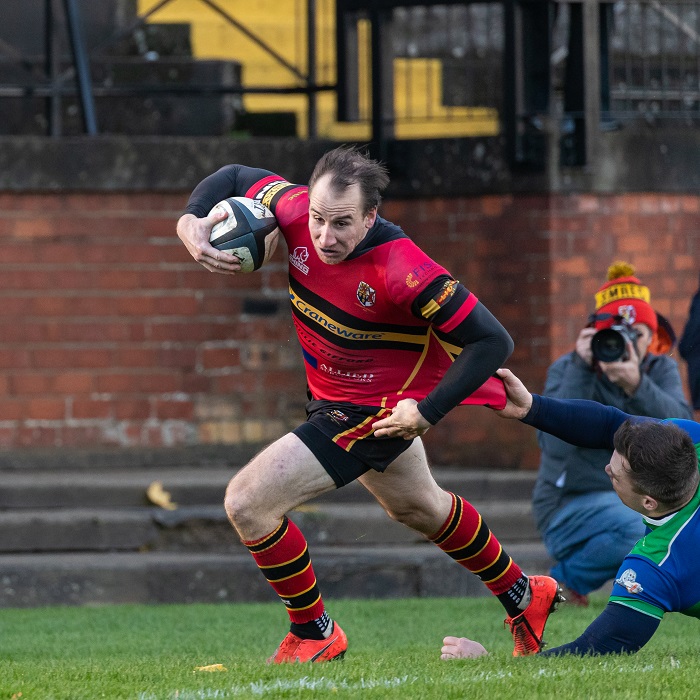 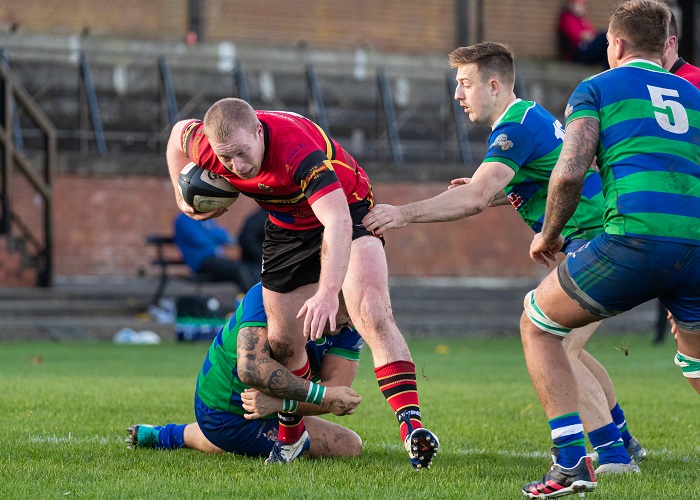 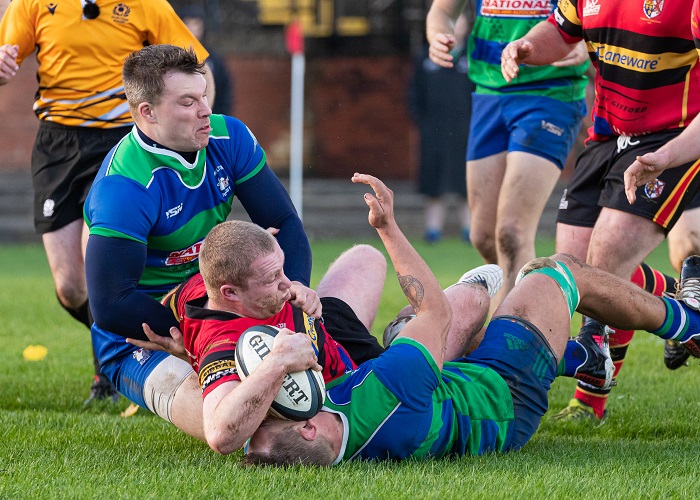 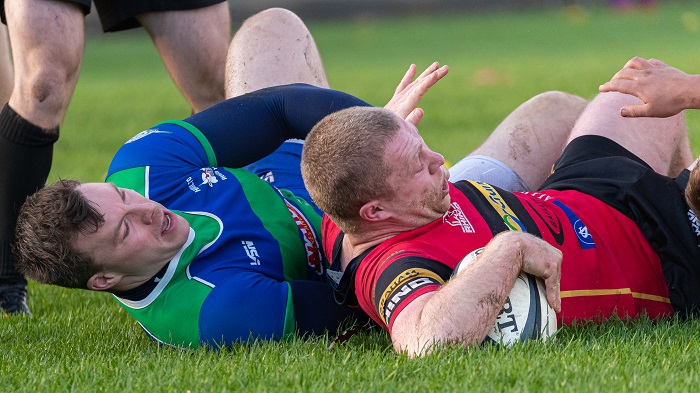 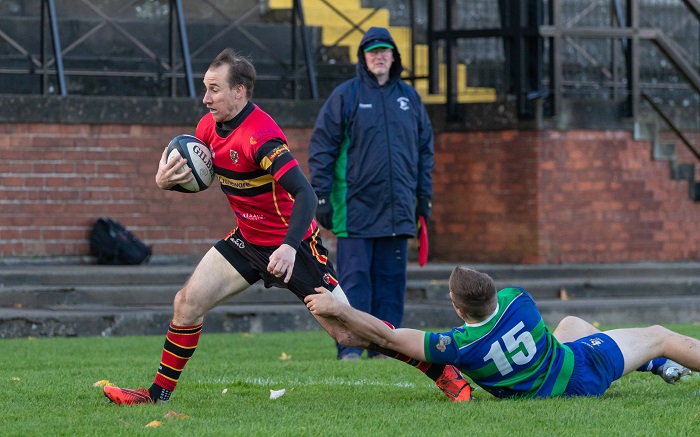 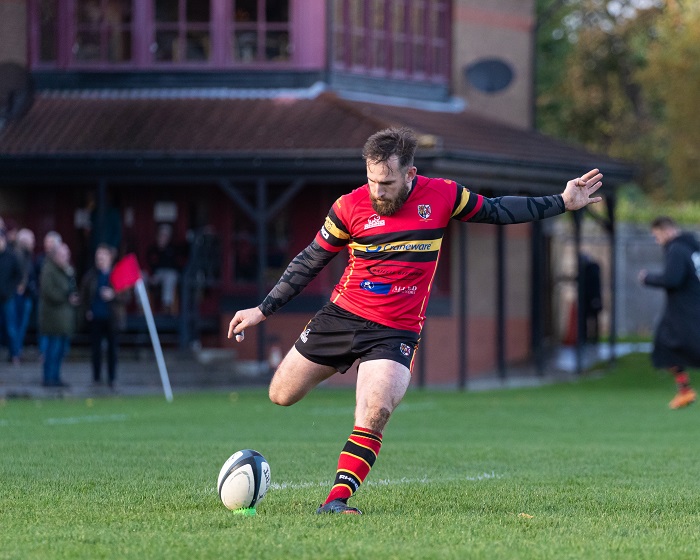 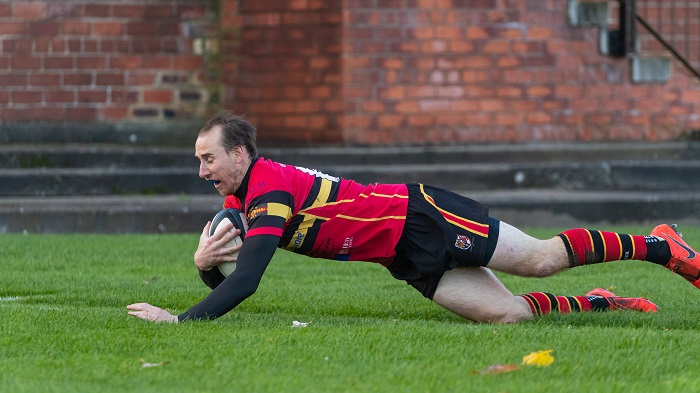 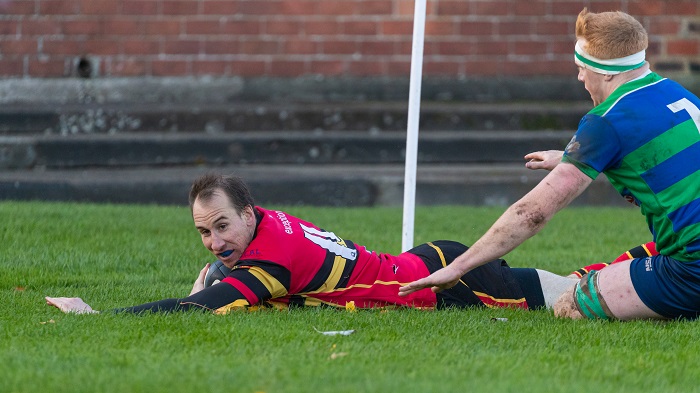 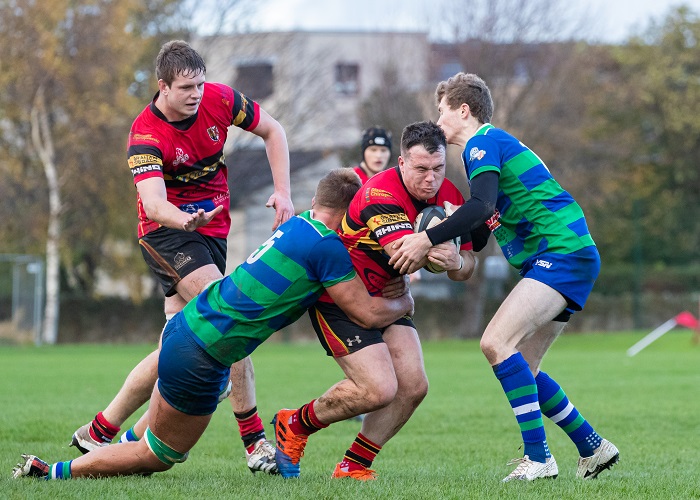 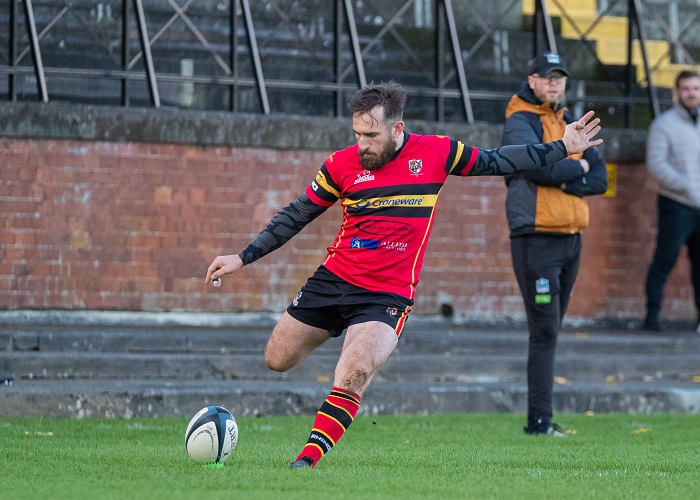 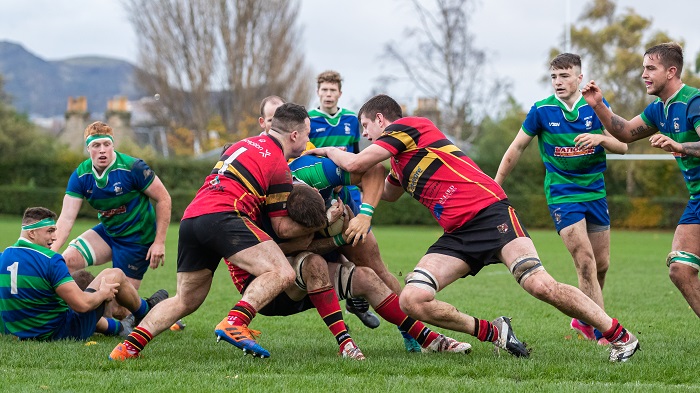 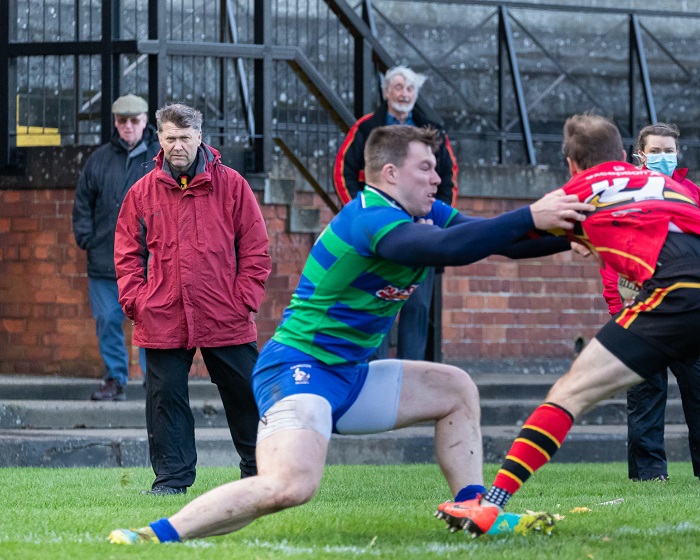 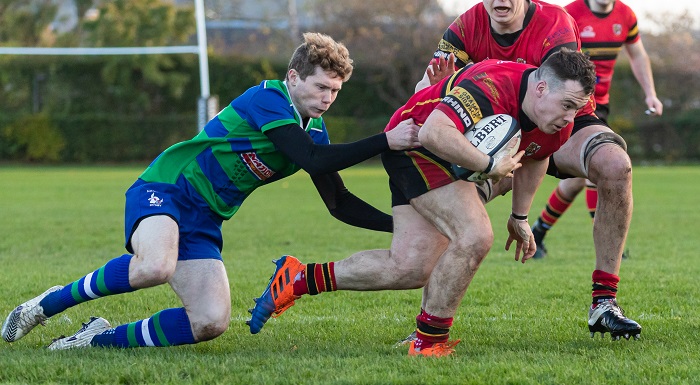 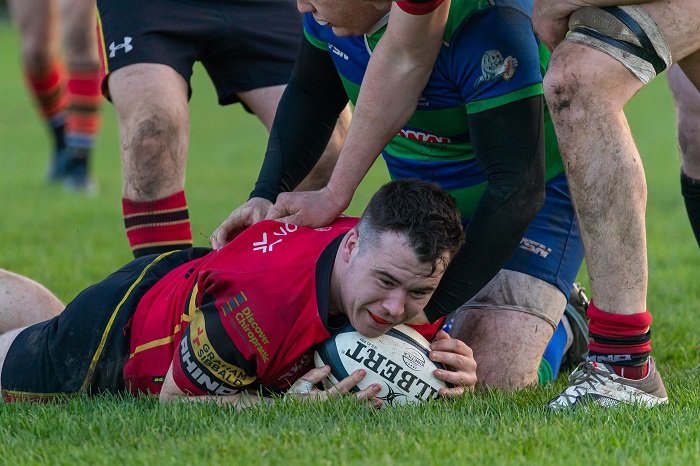