As I kicked off the New Year, one of my few resolutions was to make match reports shorter and to the point! So here we go.  SM scored two tries but PL scored two tries and kicked two penalties, winning the game by 20 pts to 14 pts.  That summary rather belies the fact that our hosts were, by far, the hungrier side on the day.

Perhaps that is too brief so I will elaborate slightly.  PL got things going but we started well and, within 5 minutes, Scott Alldritt was over for the first try of the afternoon, Kyle Henderson adding the extras.  PL 0 - SM 7. 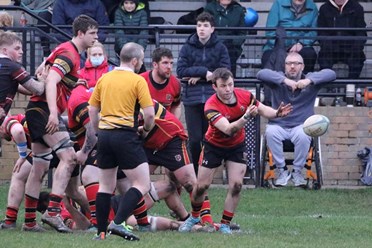 It all felt just too easy until the first scrum came, confirming that the afternoon was to be a formidable arm wrestle.  PL were putting phases together and pushing us back well into our own half until Kyle’s big boot downfield gave us some temporary respite.

Our defence was fairly solid but the penalty count was not in our favour and, around the fifteen-minute mark, we were struggling to get out of our own half.  When the opportunity to do so did come it was short lived.  With twenty minutes played, even though the score still remained the same, PL were attacking relentlessly and, with a 2 on 1, a try seemed inevitable.  Thankfully the ‘right man’ was tackled, preventing what was a certain score.

Their sustained pressure did eventually lead to a penalty and three points.  25 minutes in: PL 3 - SM 7.

Things were getting somewhat frayed at this point and the rugby, particularly from SM’s perspective, wasn’t getting any better.  Despite more pressure being exerted by our hosts, SM, against the run of play, managed to gain some territory and were 10 metres out from the PL line.  Unfortunately our line-out did not function as well as it normally does then a high tackle added insult to injury, allowing PL to clear their lines.  We were just struggling to gain and hold ground.

The fairly ‘tight’ encounter continued as half time approached but the PL forwards managed to rumble over for a converted try: PL 10 - SM 7.  Let's not pretend: it took a fortuitous interception moments later from Kyle Henderson to change things temporarily.  As the first half came to an end we held a fairly undeserved lead: PL 10 - SM 14. 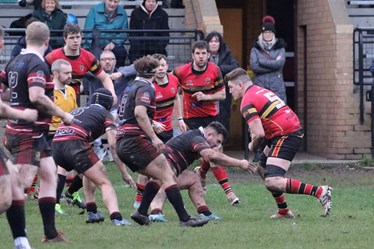 The second half started well enough for us, enjoying good field position well into PL’s half.  Hanging onto territory was, however, the overriding theme for us throughout the entire 80 minutes!  Adam Greig had now entered the fray, bringing some abrasive running, along with Courtney West, but, regrettably, Scott Alldritt's hamstring tightened, forcing him to leave the field of play.  It was all slipping away from us.

SM were now under the cosh and trying to extract themselves from a pressured position.  PL retrieved any kicks well, keeping the ball in hand with more relentless attacking.  It was really only their mistakes that gave us a slender lifeline.  Our lineouts continued to be a problem so any attacking opportunities were lost.  Around the 55 minutes mark PL’s pressure finally turned to points as they were in for their second try, converted, giving them the lead once more.  PL 17 - SM 14.

The scrum, where we have enjoyed so much clean ball in the past, was proving to be a difficult contest and, with Rory Anderson and Ru Mitchell having joined the fray, there was a clear indication of the pressure the forwards had been under as not even big Ru could fully sort things out.  A penalty soon came PL’s way with the 3 points being added to the scoreboard at around 70 minutes.  PL 20 - SM 14.

As the clocked ticked we did have opportunities, with James Ferguson almost over but just being held up over the line after a rare sustained period of attack.  PL’s defence held strong and the final whistle soon rang out.  Final score PL 20 - SM 14.

A disappointing afternoon all round for us but PL were the better side in all phases of play and thoroughly deserved their victory.  We were perhaps a bit ring rusty after the festive break but that’s not an excuse, merely a fact.

Whilst Van warned that 'there would be days like this' and The Boss did talk about ‘better days' … here’s hoping that many more will come our way before the season is out.

As always, there are positives.  We are in a good position in the league and getting game time was key.  Going forward, the troops will be battle hardened after our match at the Pennypit as many greater scalps than ours have been taken there! 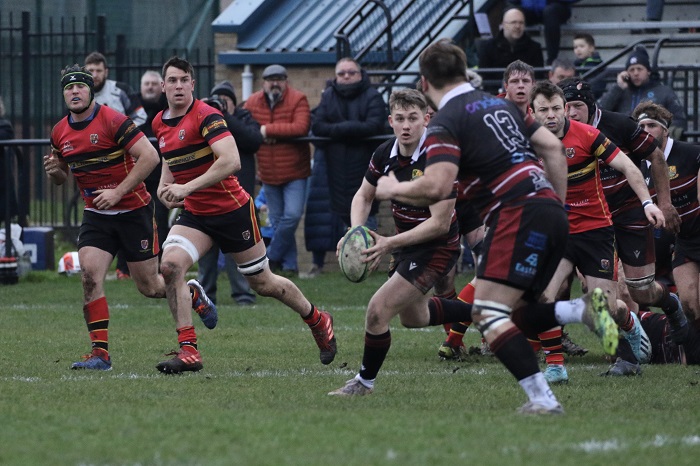 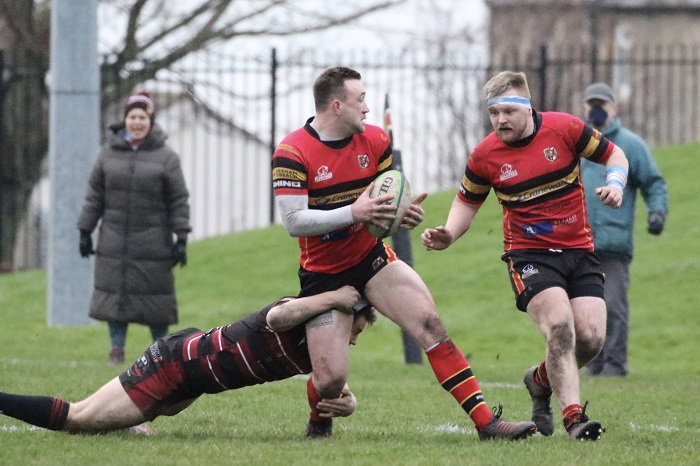 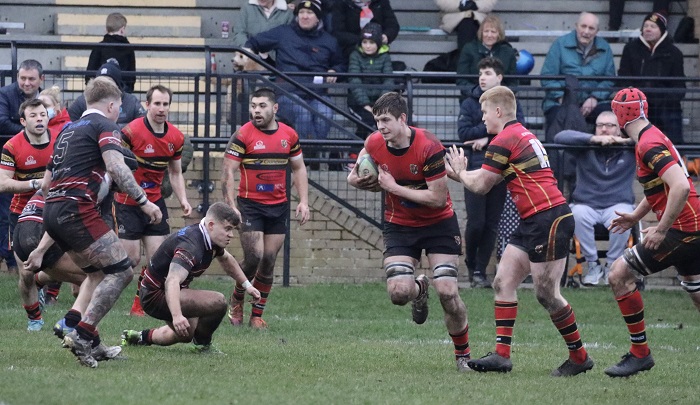 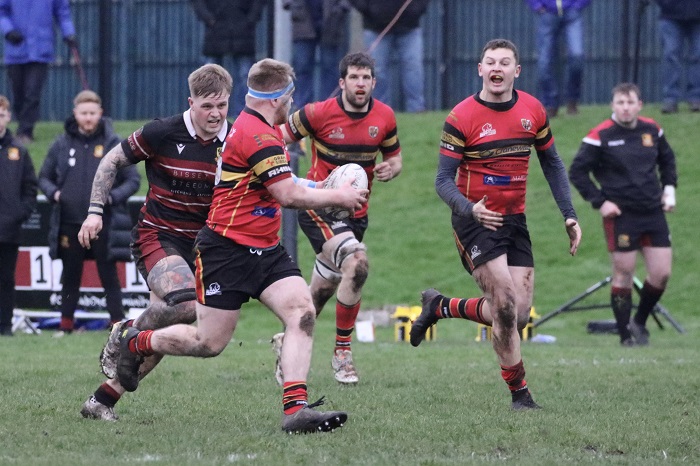 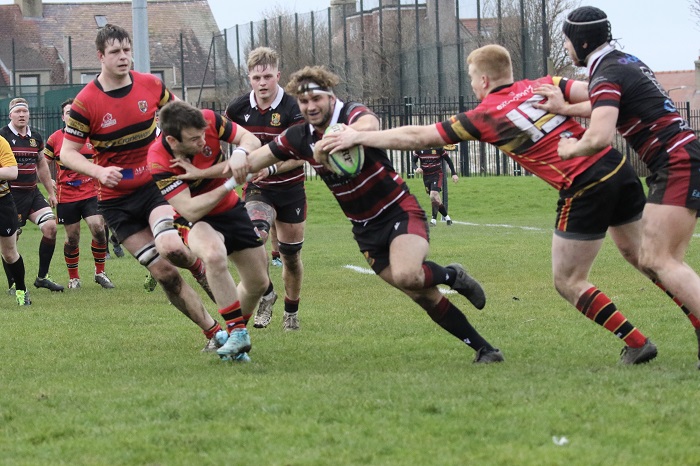 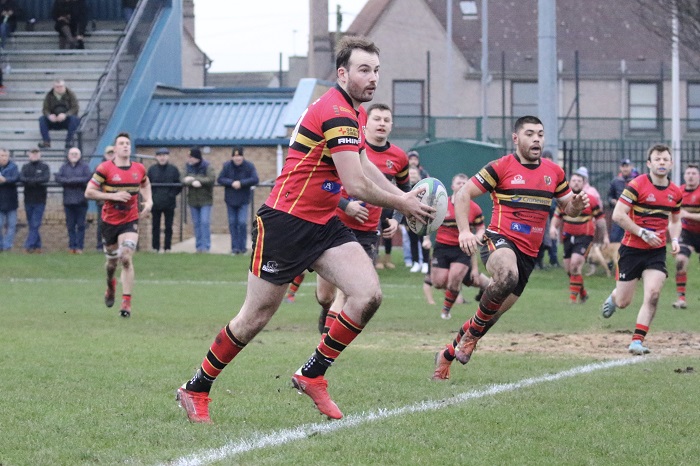 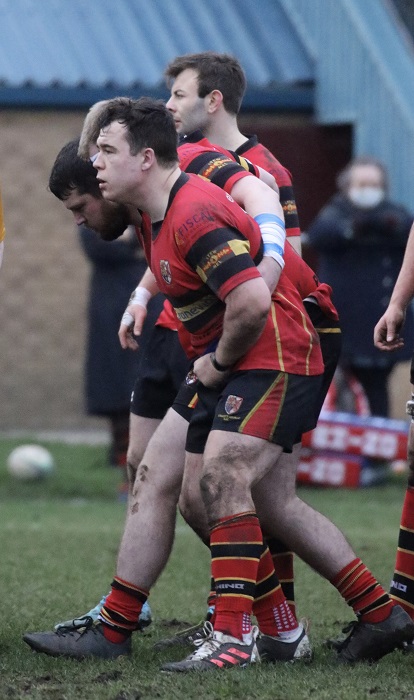 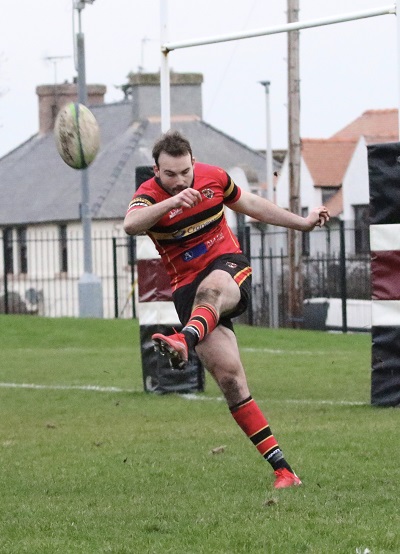 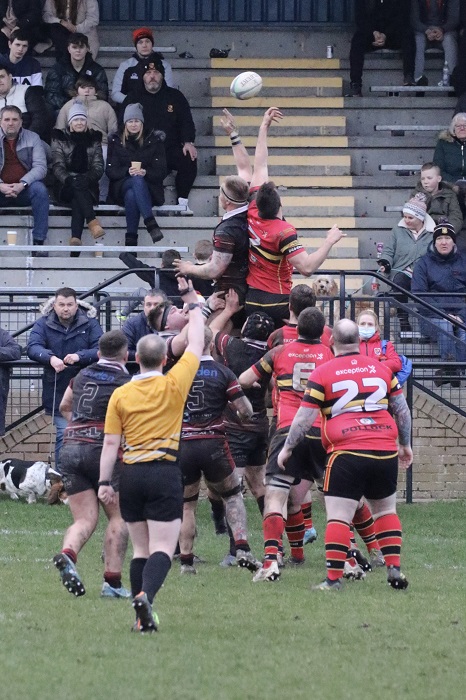