Despite the atrocious driving conditions on the M8 it was a surprisingly pleasant, albeit damp, day in Newton Mearns.

Our match against Whitecraigs marked the half way point of this arduous league campaign. With no games getting any easier, a few adjustments were required to our back division which saw the new half back partnership of Aaron Porteous and Michael Miller getting the nod from Head Coach Alex Hagart. Both impressed.

James Ferguson, fresh from his trip to Canada, found himself taking up the full back slot in the absence of George Lee. James is a strapping young man who gamely slots in almost anywhere to aid the side. We are lucky to have such players in our midst.

No rain, no wind, but floodlights on as SM got things going.

The first scrum of the afternoon soon came and, although there was a solid drive from the SM pack, a penalty was conceded. This still gave the Whitecraigs pack a taster of what was about to happen for the next eighty minutes or so! It was brutal to witness, far less oppose. On this occasion, though, the penalty gave Whitecraigs a line-out on SM’s 22, then, after moving the ball wide, this allowed their winger space to touch down in the corner for the first try of the afternoon with five minutes played.

Although not the ideal start, the response was almost immediate and, after massive forward pressure, Willie Malcolm picked up from the base of the scrum to dive over and open his account for the afternoon. Happy added the extras. Ten minutes in, Whitecraigs 5 – SM 7. 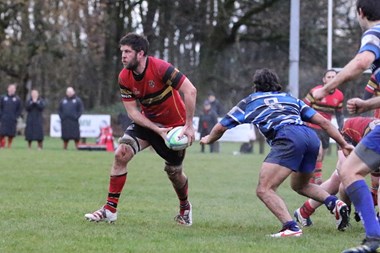 After the restart a territorial kicking game took place and, with no real advantage coming either way, unfortunately,the penalty count was rising. After a frantic period, it was scrum time once more and our solid set piece gave the opportunity for quick ball, allowing Geoff Angco some space. With his nimble footwork, Geoff made significant progress but a penalty prevented anything more. Progress wasn’t, however, long in coming as SM won back possession with Captain Momo leading the charge. A line-out soon followed 10 metres out; after a clean take, it was Danny Morrison leading the charge this time, resulting in penalties being awarded due to our persistent pressure. It was only a matter of time before Willie was in for his second.

This prolonged and sustained period of SM possession had eventually paid dividends at around the twenty-five-minute mark , making the score Whitecraigs 5 – SM 12.

Our pressure did not abate as Whitecraigs found themselves pinned down in their own half and, due to some aimless kicking, not getting any respite. SM soon seized the opportunity once more. With quick hands between the forwards and backs, Matt Sanderson was always on hand, offloading to Chris Baikie who, in turn, offloaded to Willie. Mr Malcolm duly accepted the final pass and the plaudits for his third try of the afternoon. Happy converted. 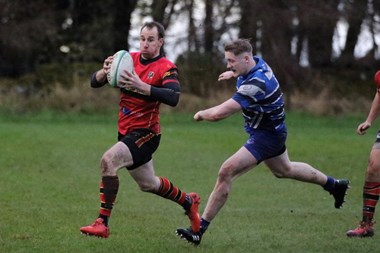 There was no real change in the pattern of play for the next 10 minutes and the forwards certainly looked as if they were enjoying themselves. Their dominance in both the set piece and open play allowed the backs to participate. A clever grubber kick from Aaron Porteous and chase by Sean Murchie allowed Sean to touch the bobbling ball down in the corner for the fourth try and the bonus point.

As the second half got underway SM had a fairly comfortable lead both in terms of the numbers on the scoreboard and also in their dominance on the park. Despite an overwhelming supply of possession, we could not afford to rest on our laurels as Whitecraigs' intensity in attack stepped up a notch. Their enthusiasm resulted in a knock-on, however, giving SM another scrum and attacking options of their own. Danny Morrison and Jamie Sword, our very own Little and Large, stormed well into the Whitecraigs half and, with around fifty minutes played, a line-out on the Whitecraigs 22 was followed by a penalty and the familiar sight of another well taken line-out and drive. SM were soon over the line again, Chris Baikie scoring this time with around fifty-three minutes on the clock. He's a tough cookie is our Chris!

Another strong period of play by SM ensued, with Scott Alldritt - initially unrecognisable due to his unfamiliar number 17 jersey and the lack of a green scrum cap - instantly visible, creating havoc in both attack and defence. It wasn’t long, though, before the hosts countered with some impressive phases but the elusive second try, despite being so close, did not come as a forward pass or a knock on prevented anything more. As a result of the home revival, SM had been pushed back into their own half for a significant period but, at last, we managed to turn the tables once again, allowing the forwards to make significant progress. It was Aaron leading his mobile pack this time, and, with a scrum 5 metres out, there was only one likely outcome as Scott did the necessary. Michael was successful with the conversion.

With just ten minutes left it was really a matter of keeping the ball, controlling the game and avoiding any penalties  - which was not going to be easy against such spirited opposition. The front row at this stage required replenishing as Danny succumbed to cramp, not surprising given the heavy pitch and his work ethic all afternoon, so Connor McKay was soon back on to shore things up. With five minutes left the tired legs were beginning to show but somehow we just kept going. The final whistle was, I am sure, a welcome sound at the end of what was another tough game and another pleasing result for SM.

Another bonus point win on the road - perhaps not the prettiest performance but a job well done. SM are certainly in a good position due to all the hard work they put in every Saturday, not to mention training - and also benefited from some favourable results elsewhere! I have now run out of accolades for the forwards! The problem John Hardie now faces is who starts as, not only is our first team pack purring, our Development side also ran out worthy winners against Jed-Forest 2nds at Inverleith in the snow.

We should not take these results for granted. Jed-Forest are a Premier League side - playing two Divisions above us.

We are back at home on Saturday for the final game of 2021 against Peebles. This will certainly make for a tough finish to the year - see you there! 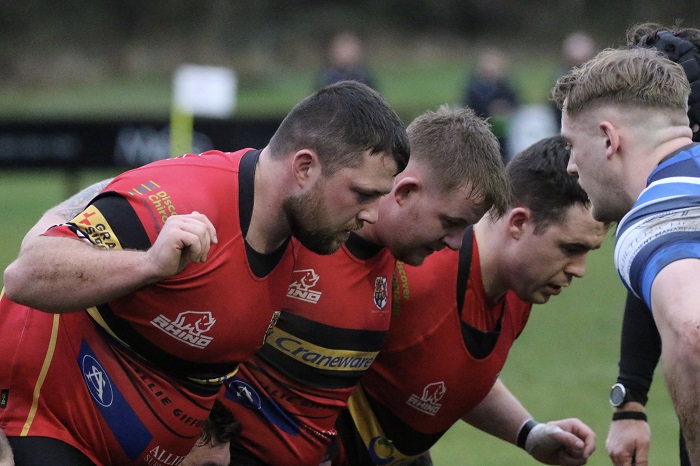 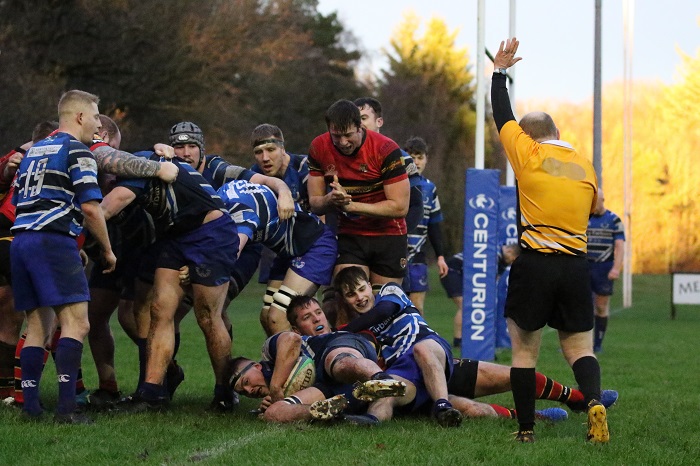 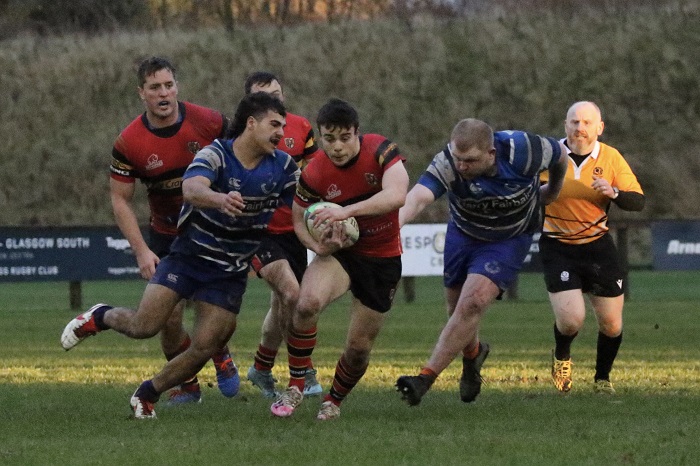 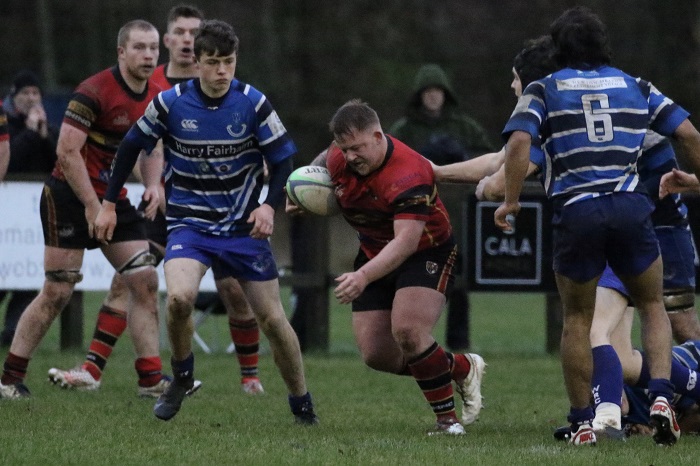 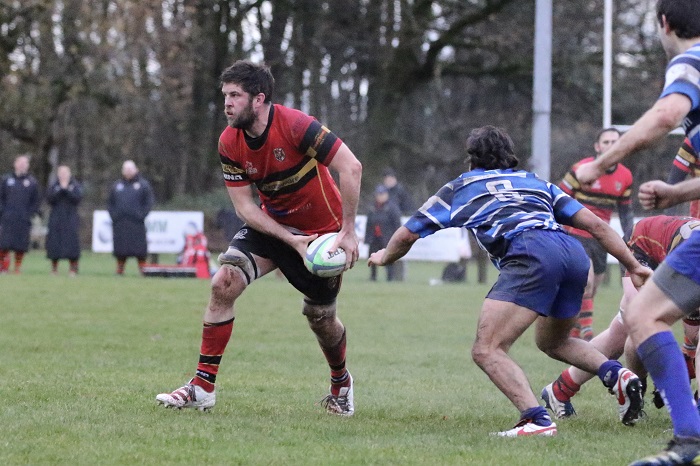 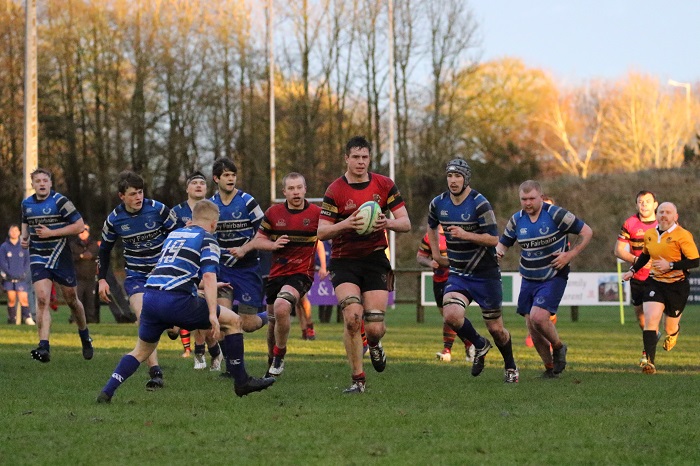 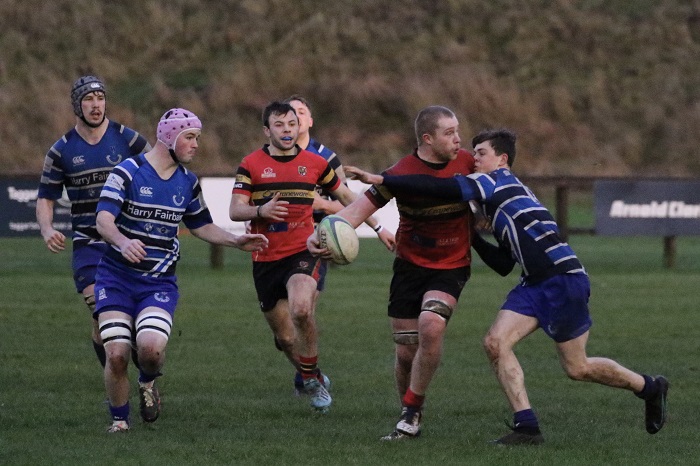 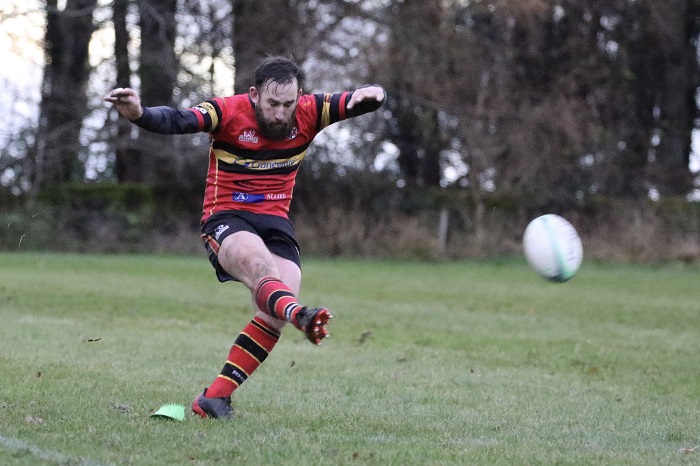 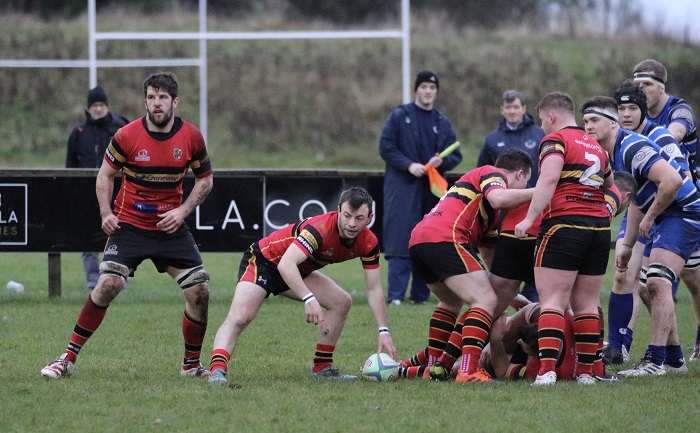 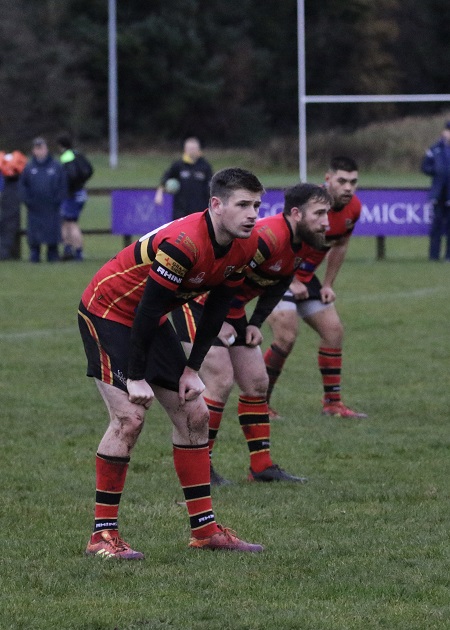 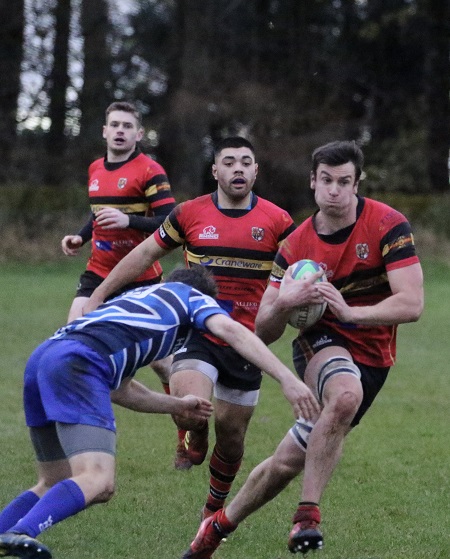 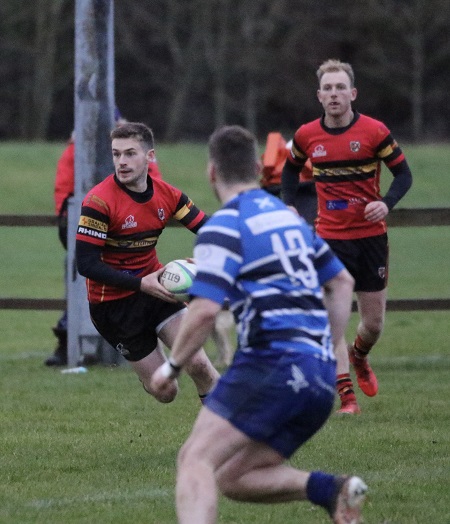 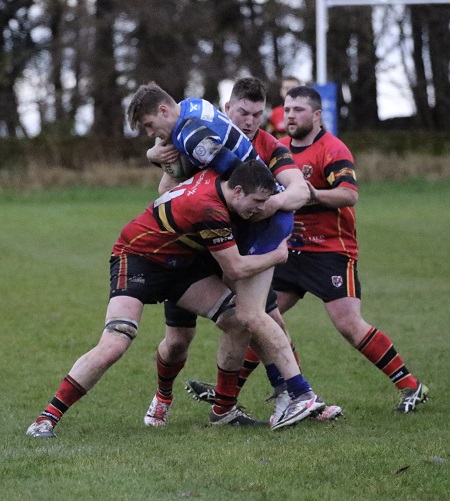